The 2012 Vancouver bike show was a hit!  The fact that the Outdoor Adventure show and Vancouver Bike Show were held in the same venue and side-by-side brought a larger crowd of cycling enthusiasts and outdoor adventurers.  Waves of BUSY kept us on our feet for two solid days. 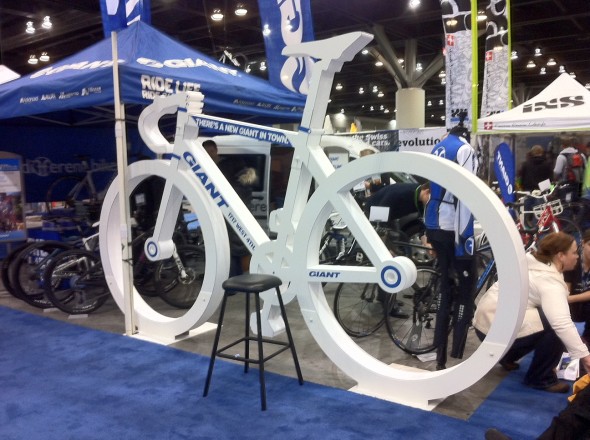 The Vancouver bike show had something for everyone, from your local bike shop exhibiting and selling last year’s inventory to your local small business, manufacturer and distributor of new patented products and designs.  And, let’s not forget major brands like Rocky Mountain and Giant with their reps introducing all the newest bicycles and products. 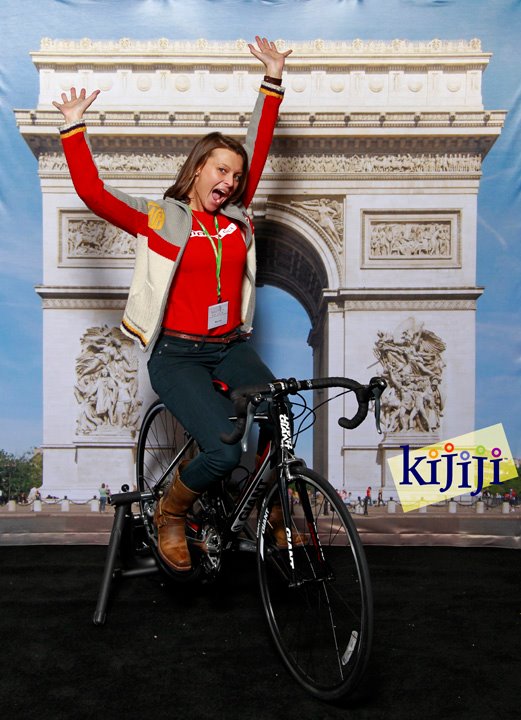 Other than our very own Maya Cycle booth, I had two favorite exhibitors at the show: First, the Kijiji booth promoting a new bicycle section on Kijiji.ca.  Kijiji reps were giving out caramelized popcorn and taking fun pictures of individuals riding a new road bike in front of a set background.  The pictures can be seen on Kijiji’s Facebook page.  This was one booth everyone stopped at and had a photo taken, just because it was so fun.

Second, ‘Beats and Bikes’  partnered with ‘Pink Bike’ where their booth was made to look like a cool hang out with large tattoo like artwork printed on large canvas, drawing attention from all passersby.    Loud beats could be heard all the way in the Maya Cycle booth (we didn’t mind, it was fun!).  At this year’s show, Beats and Bikes presented their newly designed and Canadian made bike named “The Traffic King” during the Saturday bicycle fashion show.  The launch of this new design was so top secret, it was covered with a sheet right up until the moment it was exposed on the runway of the fashion show.  German from Beats and Bikes was in charge of preventing pre-exposure of the bike and protecting it from people like me who tried to sneak a peak under the sheet.  I got in trouble like a boy looking under a girls skirt… LOLl  Hand slap and all!!!  Vancouverites enjoyed the fun booth display, the music, the cool bikes and even fun stick-on tattoo’s for the kids and adults young at heart.

“Traffic King is a bicycle project started by Beats and Bikes.  The goal was to create an aggressive single speed belt drive urban bike built with as many local “Canadian” manufactured bicycle components as possible” German Pombo

As always, we very much enjoyed the Vancouver bike show and Vancouver as a city.  We hope to be there again next year.  Thanks to Robin Harvey for putting together a fantastic bike show.  Next stop, the Seattle Bike Expo!